The standard attire for referees consists of a white short-sleeve dress shirt, gray pants, black belt, necktie (provided by the sponsor) and whistle. (Also, because referees are barefoot when refereeing, they should bring sandals for when walking around the tournament venue.)

THIS TYPE OF GI ARE NOT ALLOWED

THIS TYPE OF GLOVES ARE ALLOWED 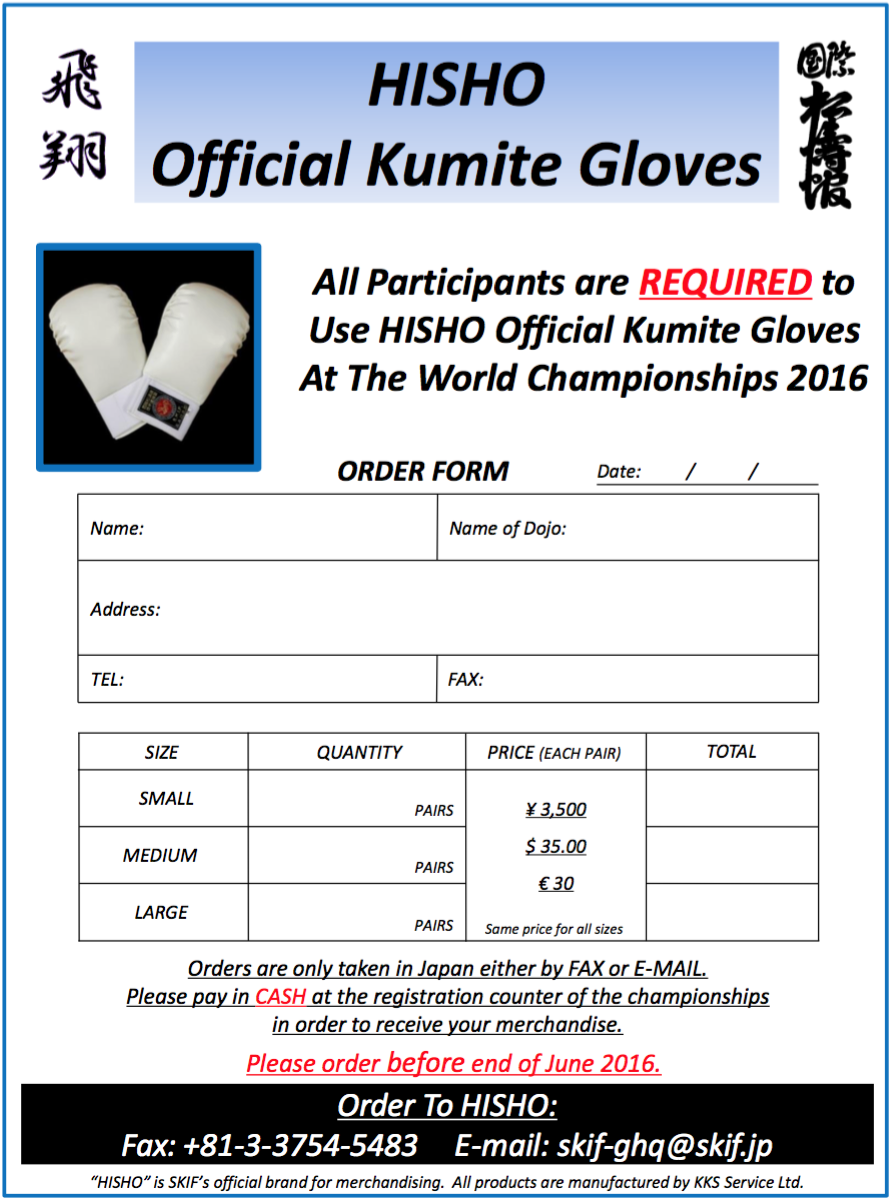 THIS TYPE OF CHEST PROTECTORS ARE ALLOWED

Female athletes who must cover their hair for religious reasons will be permitted to use a black headscarf such as that shown in the photo. Athletes will not be allowed to wear a turban or headband during competition. For athletes that intend to wear a headscarf during competition, approval must be received in advance from the Tournament Chief Referee at the Manager/Official Meeting.

THIS TYPE OF HEAD COVERINGS ARE ALLOWED